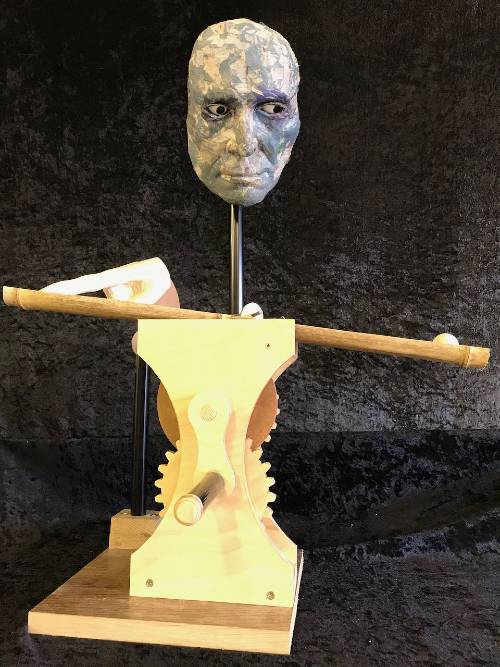 Completed project.  I plan to attached it to a wall at a fairly high level so that the motion of the eyes is more  obvious.
Here's a video of it operating: https://youtu.be/1g8L5eyYqvg
My starting point for this project was the last day of 30/30,  an exercise calling on me to make a new work of art on each day of April 2020.  The brief was:    "Try making that work you've been wanting to make over the past month and never got round to making."  I'd admired "Thinks" by Robert Race - see photo below - so I decided to see whether I could make a start on a "re-interpretation" of the idea. 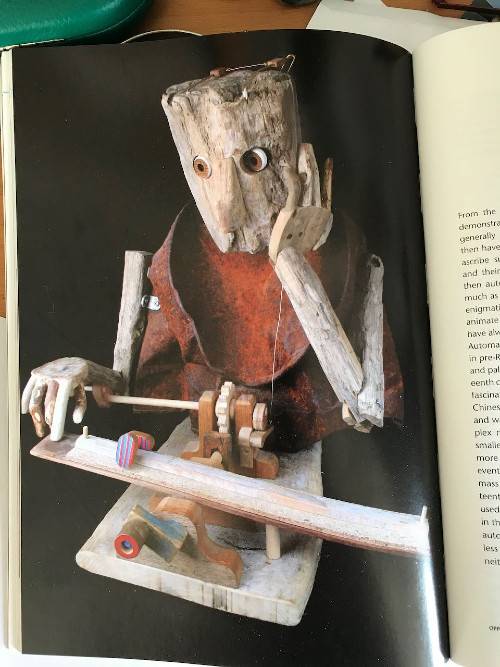 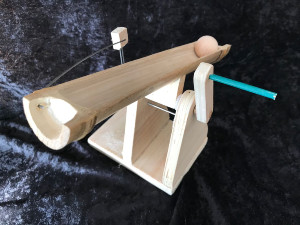 This is how far I got:
https://youtu.be/93Hh3Ssm0UU
It's a section of large bamboo from our garden that's rocked to and fro when the handle is turned, causing a ball to roll to and fro.
I planned to add a figure appearing to tilt the bamboo with his hand while following the progress of the ball by turning his head and eyes.  Over the following few months I tried a variety of ideas but wasn't comfortable with any of them. 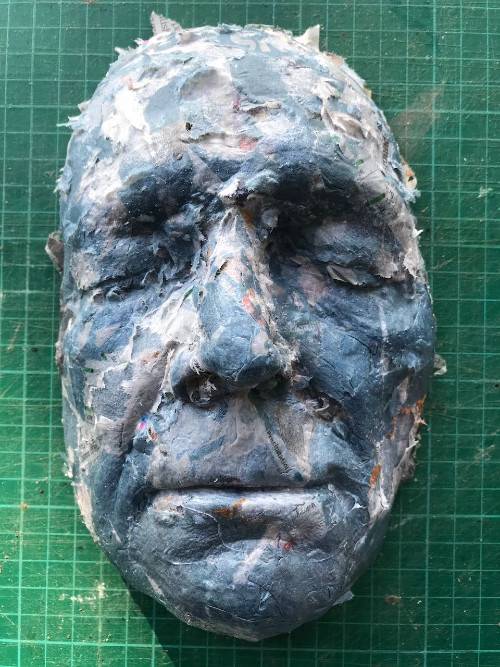 Then I hit on the idea of using an existing Gelflex (rubbery) mould of my face to create a papier-mache mask - see above.
This meant everything needed to be on a larger scale, so I ended up making gears from plywood and suspending my mask on a pole so that it would gaze down on a double-length strip of bamboo. 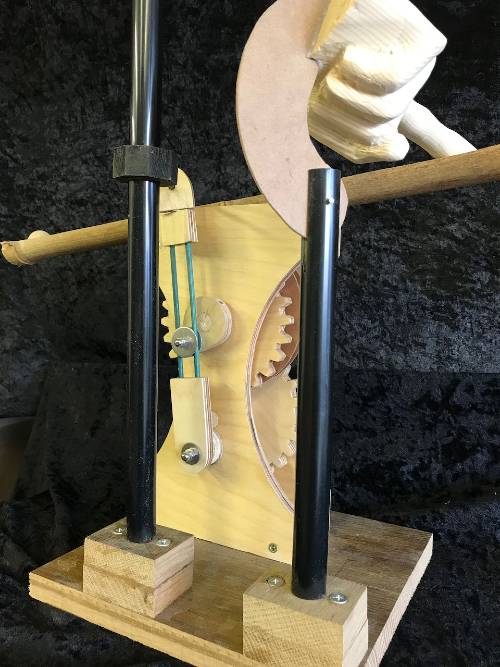 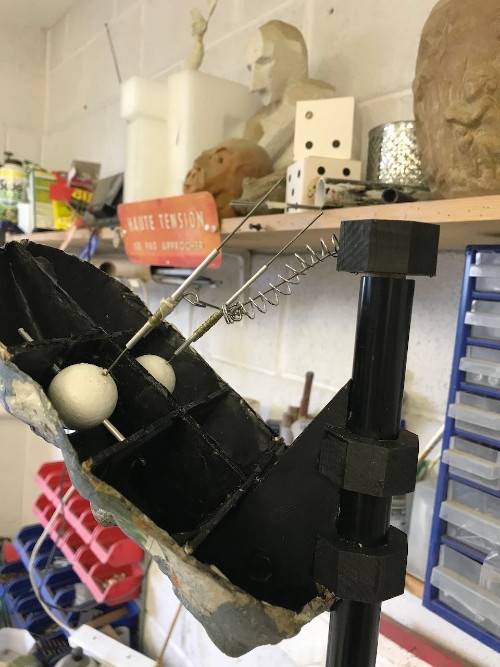 The photo above shows the mechanism for moving the eyes faster than the face.  The eyes are connected to a home-made wooden "nut" fastened to a wooden dowel that's fixed at the base.  The mask is attached to a black plastic tube that fits over the dowel and is rotated to and fro by the mechanism shown in the previous photo. 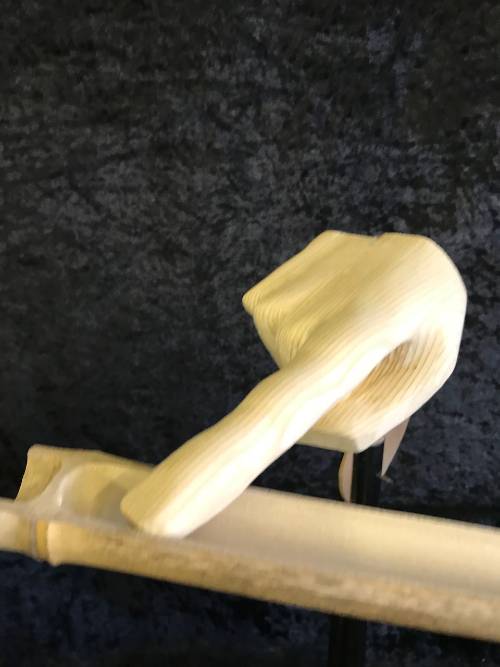 I think I made a nice job of carving the hand, which appears to be tilting the bamboo.